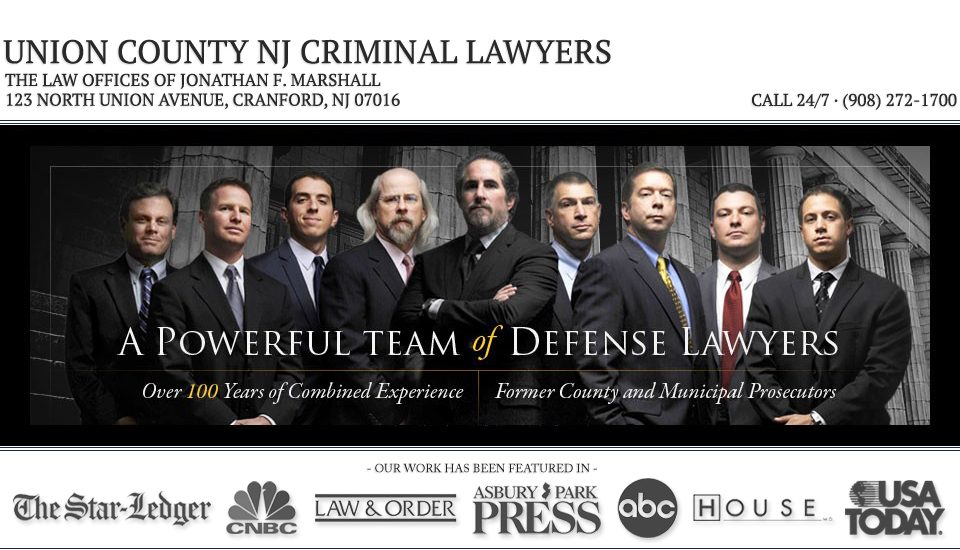 If you have landed on this page, chances are that you are seeking an attorney or advice concerning a matter involving domestic violence. The term “domestic violence” actually encompasses an umbrella of offenses committed by someone who falls under the protections of the New Jersey Prevention of Domestic Violence Act (“the Act”). When an incident of domestic violence has occurred or is believed to have occurred, there is a wide range of relief that can be ordered by a court. If you have been accused of domestic violence, you need to take this very seriously as the relief provided under the Act can have life changing consequences to you. It can effect where you can live, who you can communicate with, when and/or where you can see your children and a whole host of other ramifications. The attorney at our firm, the Law Offices of Jonathan F. Marshall, have decades of experience dealing with both basic and complicated cases of domestic violence. In many cases, an attorney on our team will also possess years serving as prosecutors as well thereby having the benefit of seeing how the courts work from both sides. Call us at your earliest convenience for a free consultation with a lawyer at our firm. We can be reached 24/7 at 908-272-1700.

Who Qualifies As Someone Protected Under the Act?

The courts have found that a single date does not confer jurisdiction under the Act as it does not constitute “dating”.

What Constitutes An Incident Of Domestic Violence Under the Act?

The definition of “domestic violence” is set forth at N.J.S.A. 2C:25-19 of the Act. In this regard, the term means any of the following committed against an individual afforded protection of the Act:

It is important to keep in mind that the aforesaid is the conduct that can be deemed domestic violence and trigger the relief available under the Act. Accordingly, conduct that is neglectful, negligent or even reckless will not satisfy the requirements of the Act such that a restraining order or other protections can be granted.

Relief That May Be Granted

The way an individual attempts to secure relief is through the filing of a domestic violence complaint. The complaint is a former that requires various information including, but not limited to, the nature of the relationship with the accused, whether there are any prior complaints and/or a history of domestic violence, if a divorce action has already been instituted, the predicate act of domestic violence he/she claims was committed, as well as a brief summary of the version of what happened (i.e how the defendant endangered the health, life or well being of the plaintiff). If the court concludes that there is probable cause to believe that the victim is in danger of continued domestic violence, a restraining order is to be granted.  The order can impose many different restrictions but the most common ones include barring: (1) a return to the residence or site of the incident; (2) the defendant from maintaining possession of any firearms or other weapons; (3) granting exclusive right to the residence or household to the victim; (4) granting custody of any children of the relationship to the victim; (5) temporary financial support; and (6) barring any  future acts of domestic violence. All of this relief is, however, temporary until such time as the accused has been provided his/her opportunity to contest the matter. The proceeding where the defendant has this opportunity is referred to as a final restraining order hearing. This is the only opportunity that the accused possesses to present his side of the case and prevent the restraints from becoming permanent.

Although a restraining order can be issued in any municipality in the county, the only place where the proceedings to challenge the case can occur is the Union County Superior Court, 2 Broad Street, Elizabeth NJ. Our attorneys know their way around this court as they have been appearing their for over 20 years.  We are former prosecutors who are prepared to strenuously fight for the very best result on your behalf. Call us anytime 24/7 for the help you need.